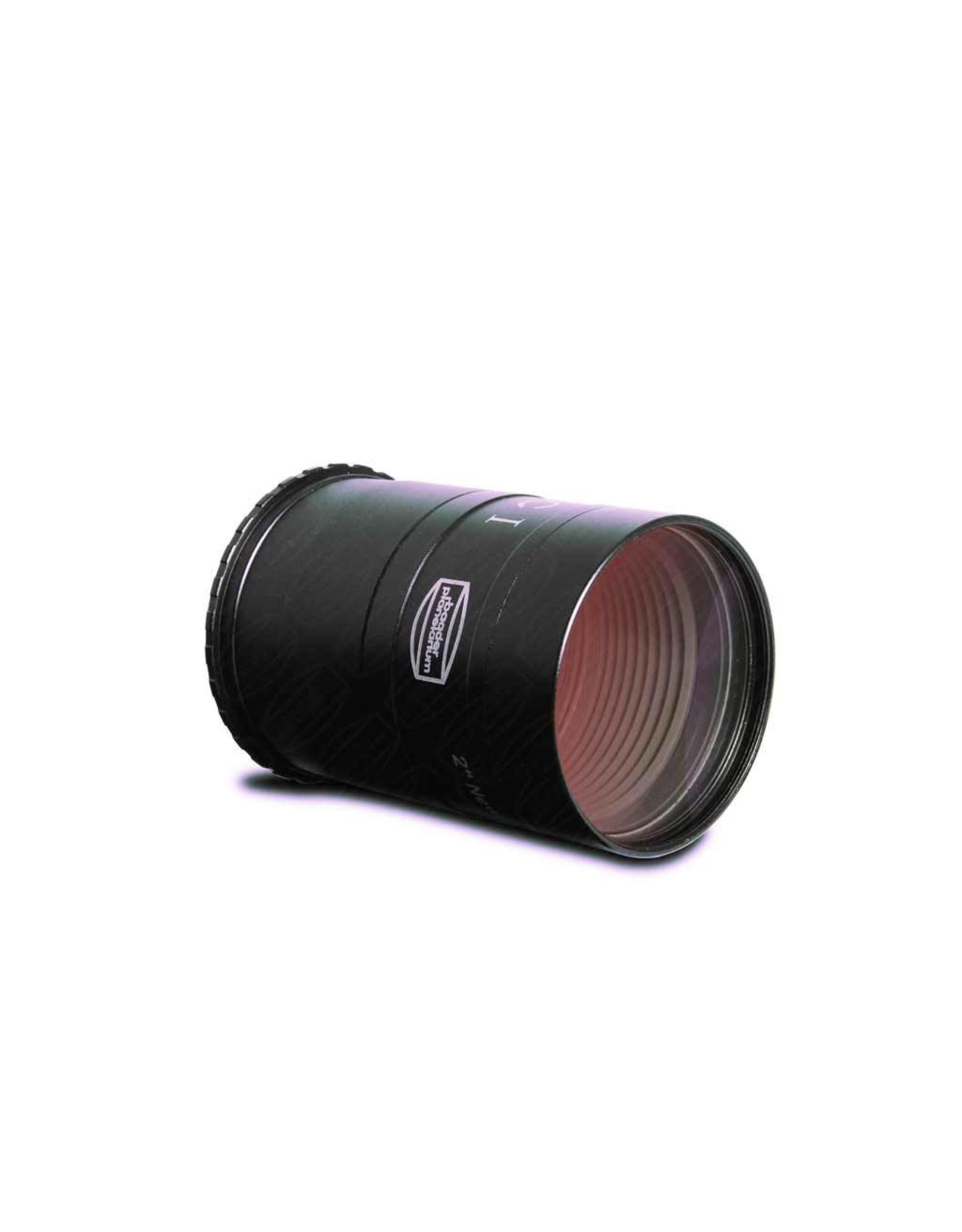 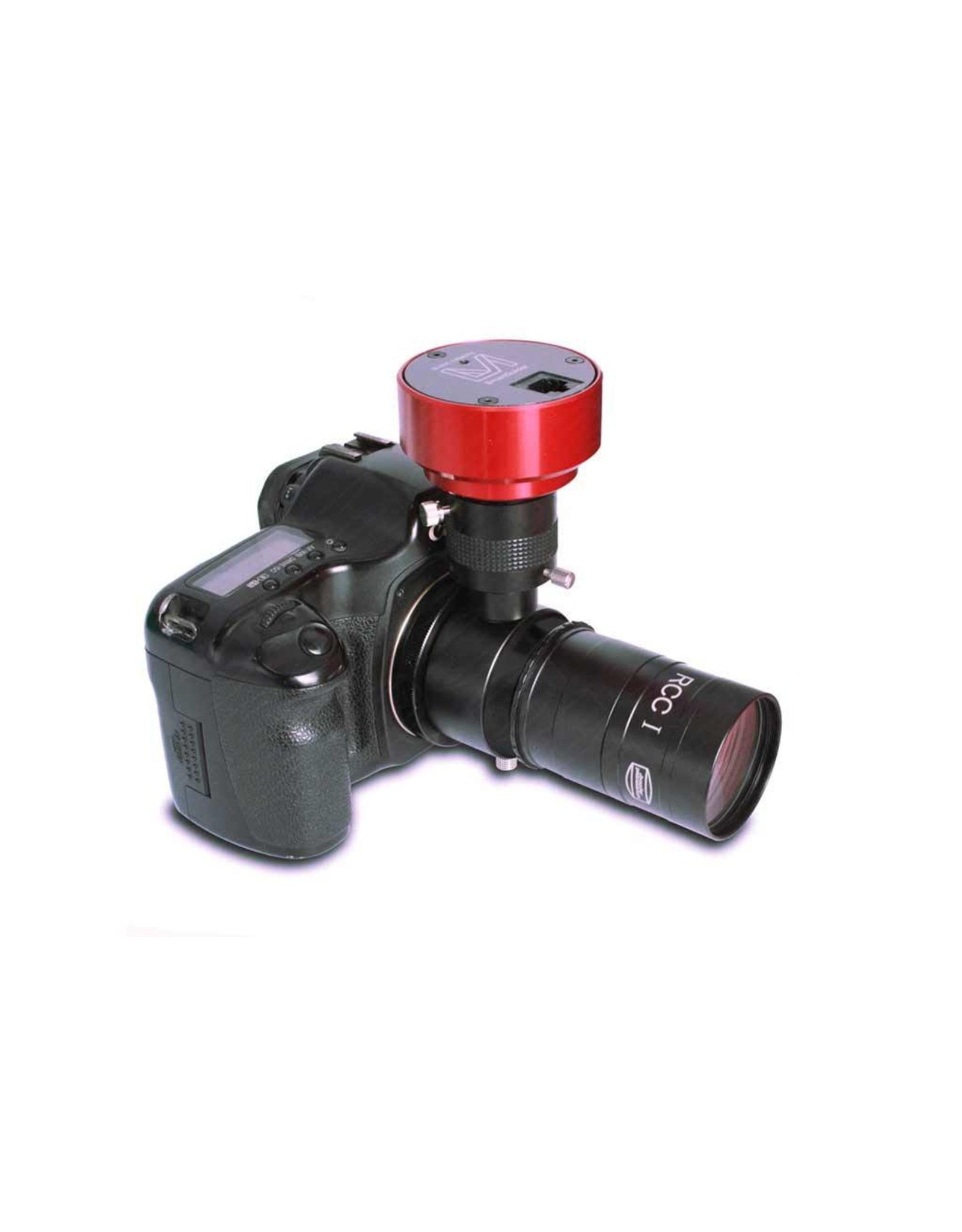 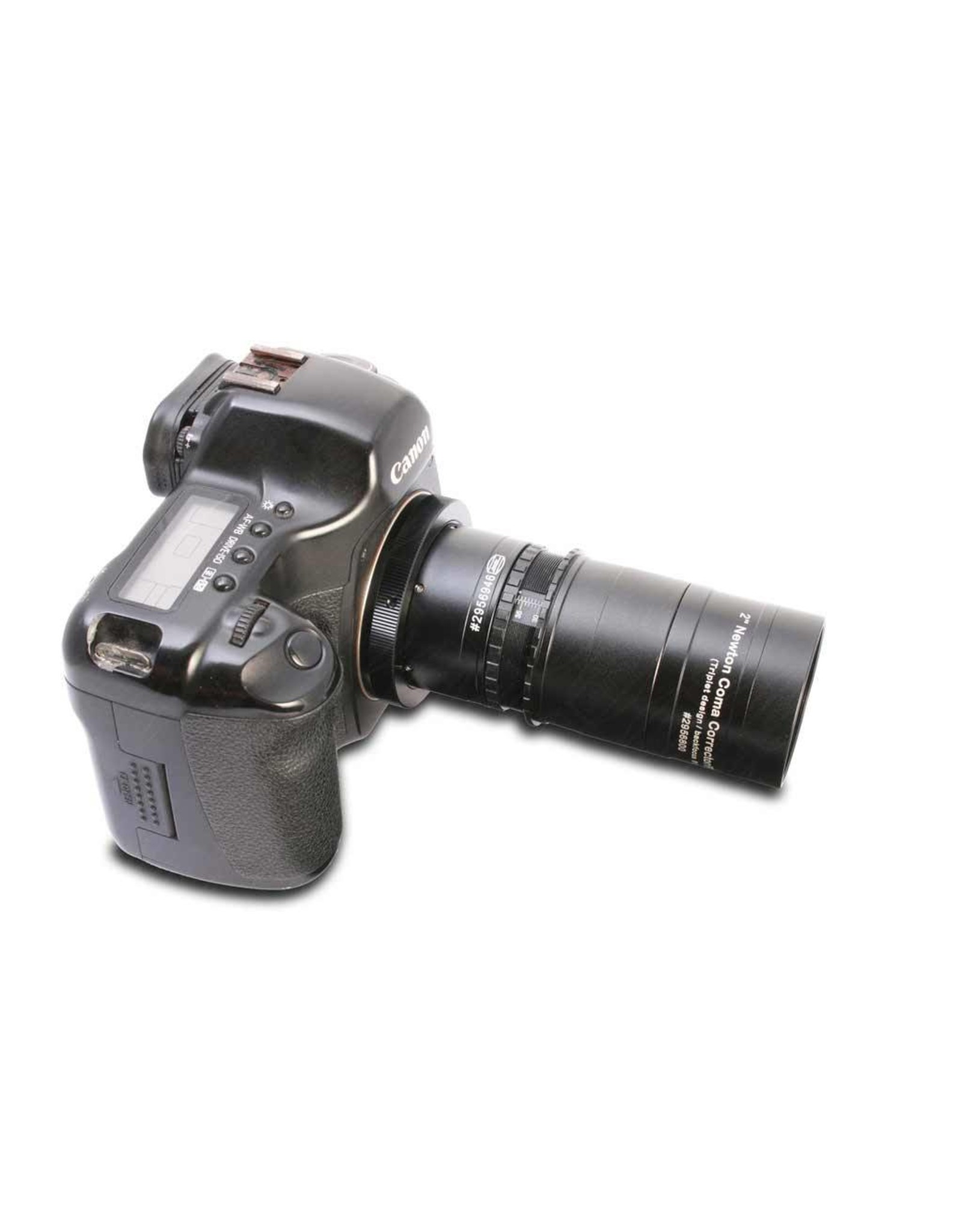 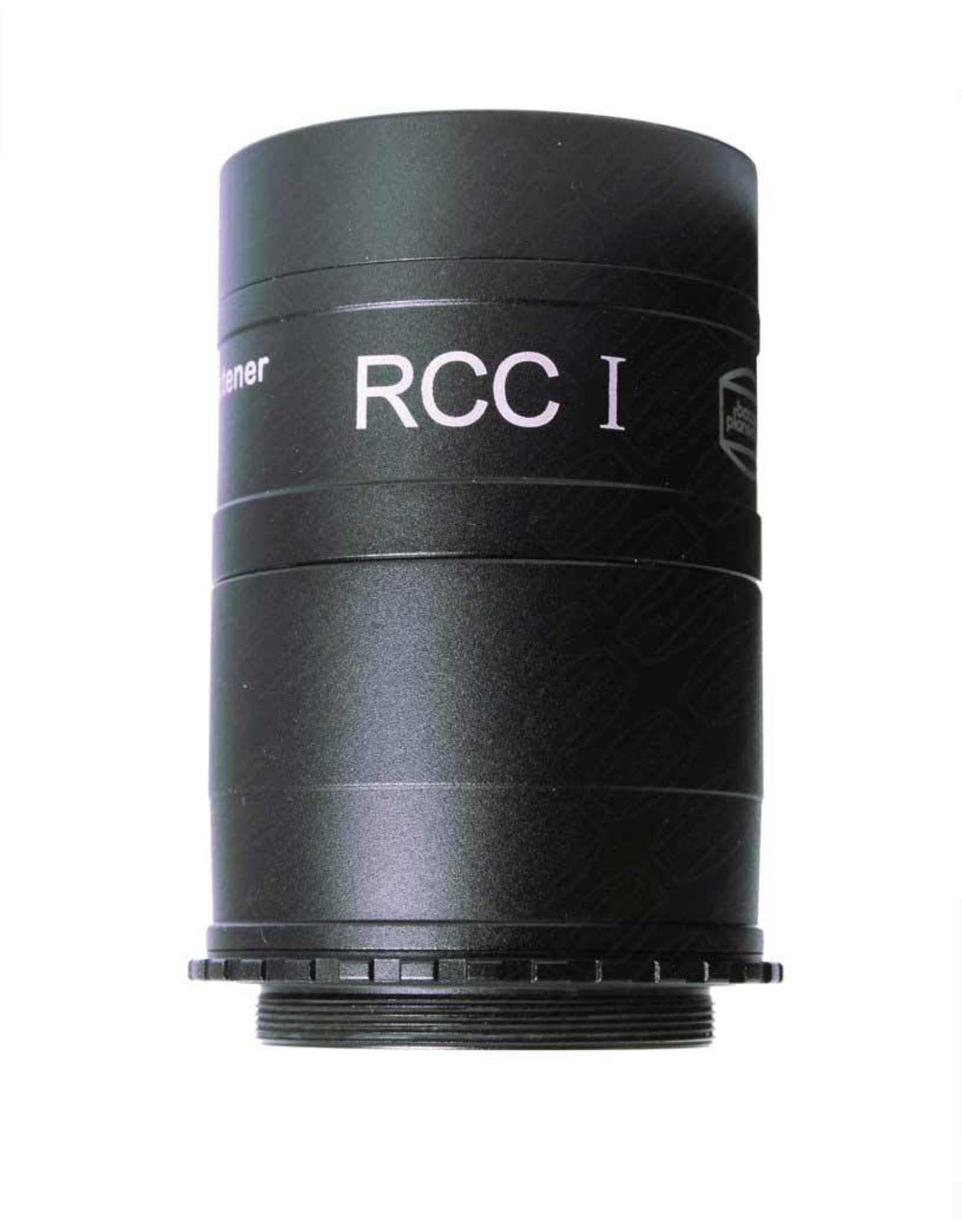 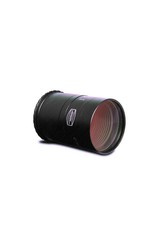 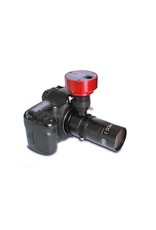 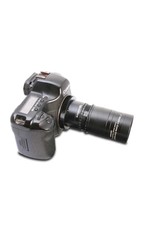 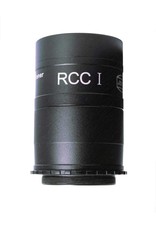 The RCC-I inserts into 2" focusers and has external T-threads on the camera side for attachment to any other T-threaded accessory.  The RCC-I also includes a removable stop flange.  Removal of this flange allows the RCC to be fully inserted into 2" focusers.  The RCC is also threaded for standard 2"/48mm filters.

The RCC is designed for a nominal 91.5mm distance from the mounting flange to the image plane (55mm is the standard dimension for all SLRs, measured from the front of their T-adapter to their image plane). The 91.5mm distance needs to be held to within +/-3mm for best image quality.  We sell a range of adapters and extension tubes that can be used to configure practically any imaging system to meet the 91.5mm requirement (see Astro T-2 System).  In particular, we recommend the Baader VariLock Variable Extension Tubes.

Users of DSLRs will find the Baader RCC Off-Axis Guider to be the perfect compliment to the RCC-I.  It is designed to have the proper spacing needed to meet the 91.5mm requirement, and offers precise axial and radial adjustments for ease of locating guidestars.

* Back Focus Example: assume that you have a DSLR and the matching Baader RCC off-axis guider.  That combination of equipment has a combined path length of 91.5mm (which is intentionally the back-focus spec of the RCC).  If you attach a plain 2” nosepiece to the front of the Off Axis Guider + DSLR and then insert them into the 2” focuser of a Newtonian, your scope would need at least 91.5mm of back focus in order to reach focus on the chip of the DSLR.  Now, remove the 2” nosepiece and replace it with the RCC-I.  Re-insert the assembly fully into the focuser until the off axis guider seats against the focuser (the RCC inserts fully into the focuser since it is 2” OD), focus the camera, and you should find that the focuser would be racked out about 5mm farther than it was with just that plain 2” nosepiece.