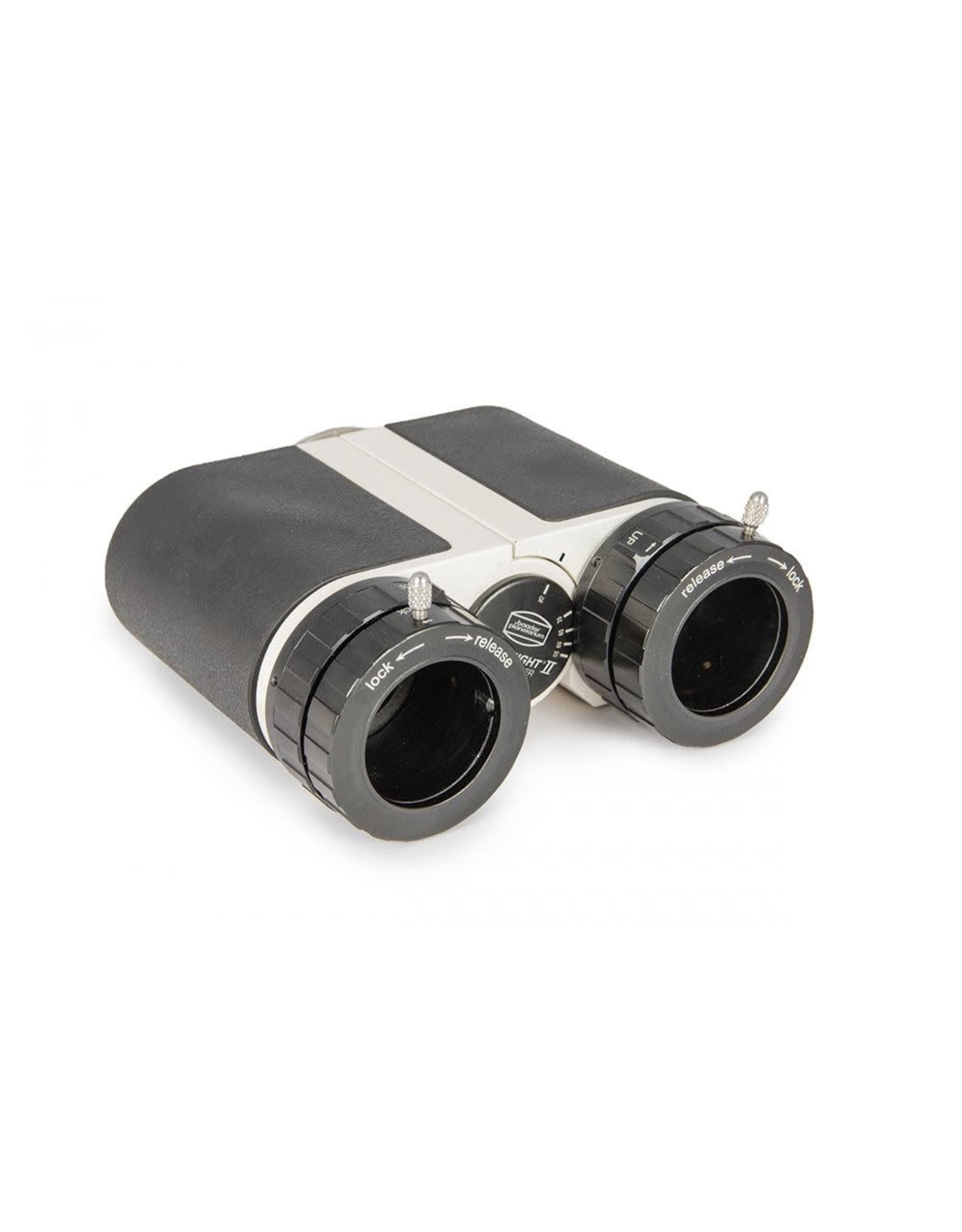 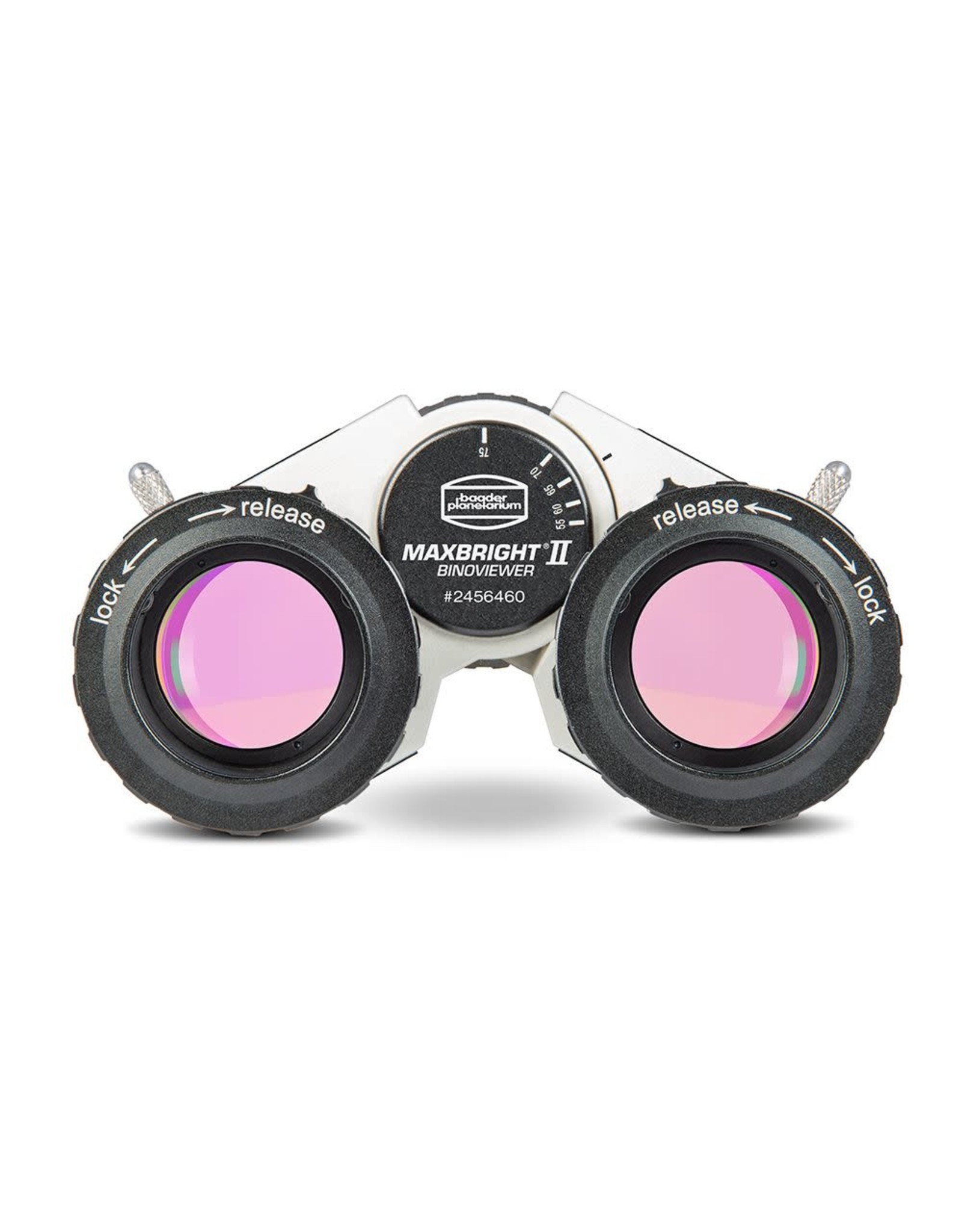 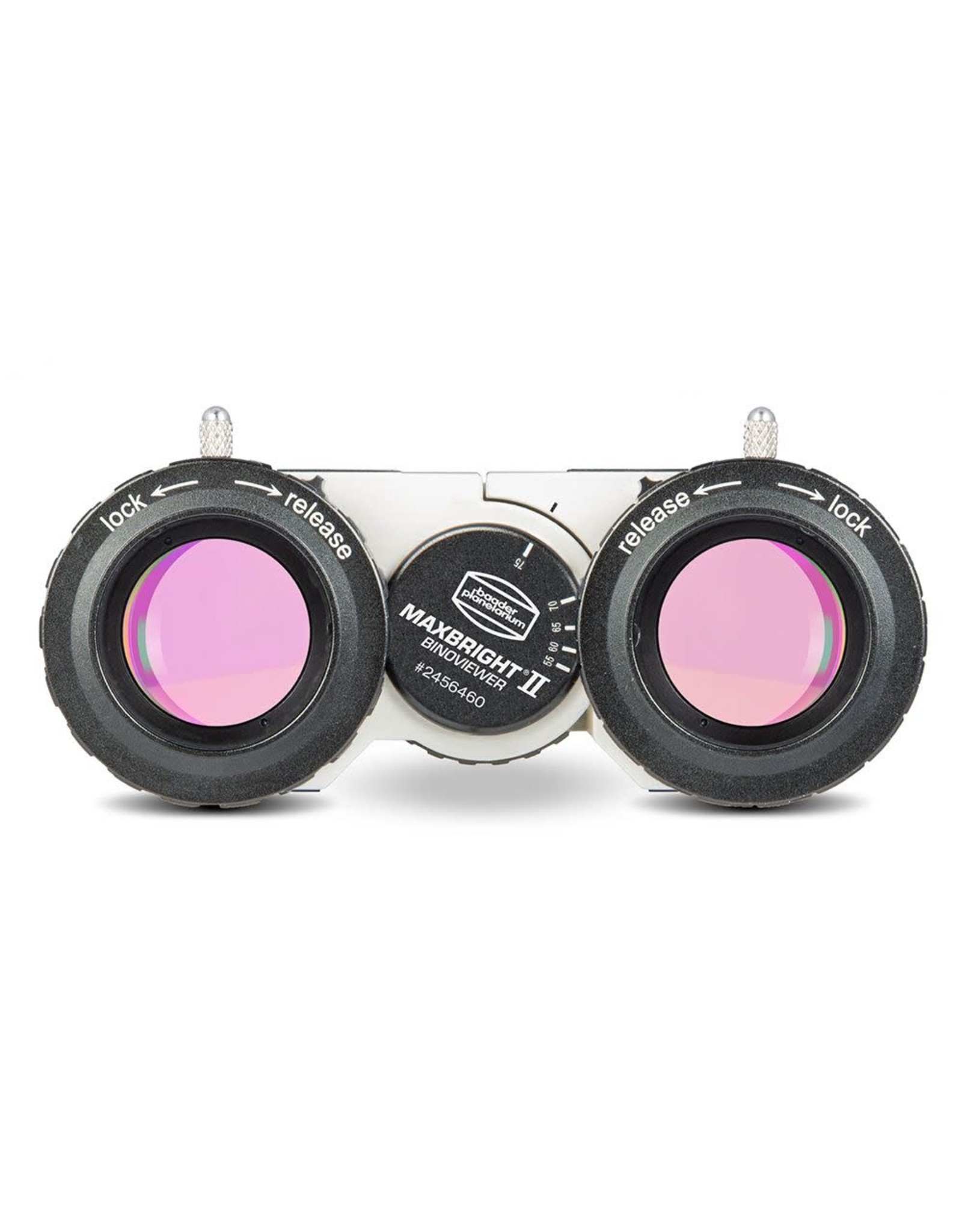 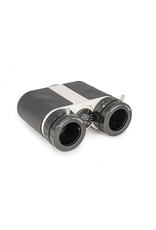 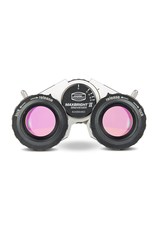 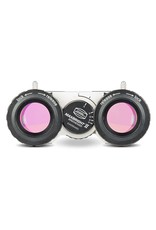 Back in 1996, we discovered for ourselves the benefits of observing with two eyes.  The improvements are dramatic in the reduction of eye-strain, and the ability to comfortably concentrate on objects and discern faint contrasts.  Using two eyes also serves to compensate for floaters and astigmatism, and in effect reduces the visual noise in images.  These effects are equally dramatic for both planetary and deep sky viewing.   Once you try viewing with two eyes, you will never want to go back to single-eye viewing again.

The MaxBright® II Binoviewer incorporates the knowledge acquired during thirty years of building astronomical binoviewers. It is superior to cheaper models in many details.

In combination with a lens telescope or a Schmidt-Cassegrain we recommend the Baader T-2 Stardiagonal (Zeiss) Prism with BBHS ® coating (T-2 part #01B) (#2456095) or the Baader FlipMirror II Star Diagonal (#2458055) , to achieve a compact telescope adaptation. In addition, you can then choose a matching Glasspathcorrector.

To select the right Glasspathcorrector, you need to know the backfocus of your telescope. You can read how to do this in the Manual of the Maxbright® II Binoviewer.

You don't necessarily need a Glasspathcorrector for Schmidt-Cassegrains with f/10. Especially for lower magnifications and thus larger fields vof view, the Alan Gee Telecompressor Mark II (T-2 part #20) (#2454400) is more interesting: It shortens the focal ratio to ca. f/5,9, which gives you a brighter image and a larger field of view. So, a C8 almost becomes a rich-field telescope – for comfortable observations with both eyes open!

Baader Planetarium has more than 30 years of experience in building binoviewers. Therefore we do not offer simple modified microscope binoviewers without further accessories, but complete system solutions.

With monocular vision, your brain can only use a fraction of its "computing capacity". In fact, there is a kind of "emergency mode" in the brain so that even image information obtained with one eye can be distributed to both halves of the brain, but the brain has no way of correctly interpreting the "image errors" and above all the "nerve noise" that inevitably occurs during energy transport - just like with a CCD image!

Just as the user of a CCD camera or webcam superimposes several images in the computer, i.e. "stacks" images, the brain can also superimpose the different information from both eyes during binocular vision and in this way - each time in milliseconds - eliminate the imperfections that are not part of the real image.

So it is no wonder that after observing with one eye for a few minutes, you will have to take a rest that your brain demands because it is simply overloaded by the extremely concentrated viewing. In binocular vision, this problem does not exist! You can look as long as you want and remain relaxed. Even with severely impaired vision in one eye, the reduced tension results in an enormous gain in observation quality.

One often hears the criticism that using a binoviewer would split the light into two visual channels and that only 50% of the light intensity reaches each eye. This argument prevents many people from trying out for themselves what a revolutionary effect binocular vision has. But what is forgotten is that 50% of the light reaches each eye and that the energy from both eyes is "reunited in the brain" (more precisely, in the back of the head).

What you then see is by no means 50% darker than it is claimed. The real gain is only visible for someone who has tried it out for himself and has familiarized himself with this kind of seeing for a few minutes. Ultimately, the object doesn't look darker, but becomes visible effortless, more detailed and - more beautiful.