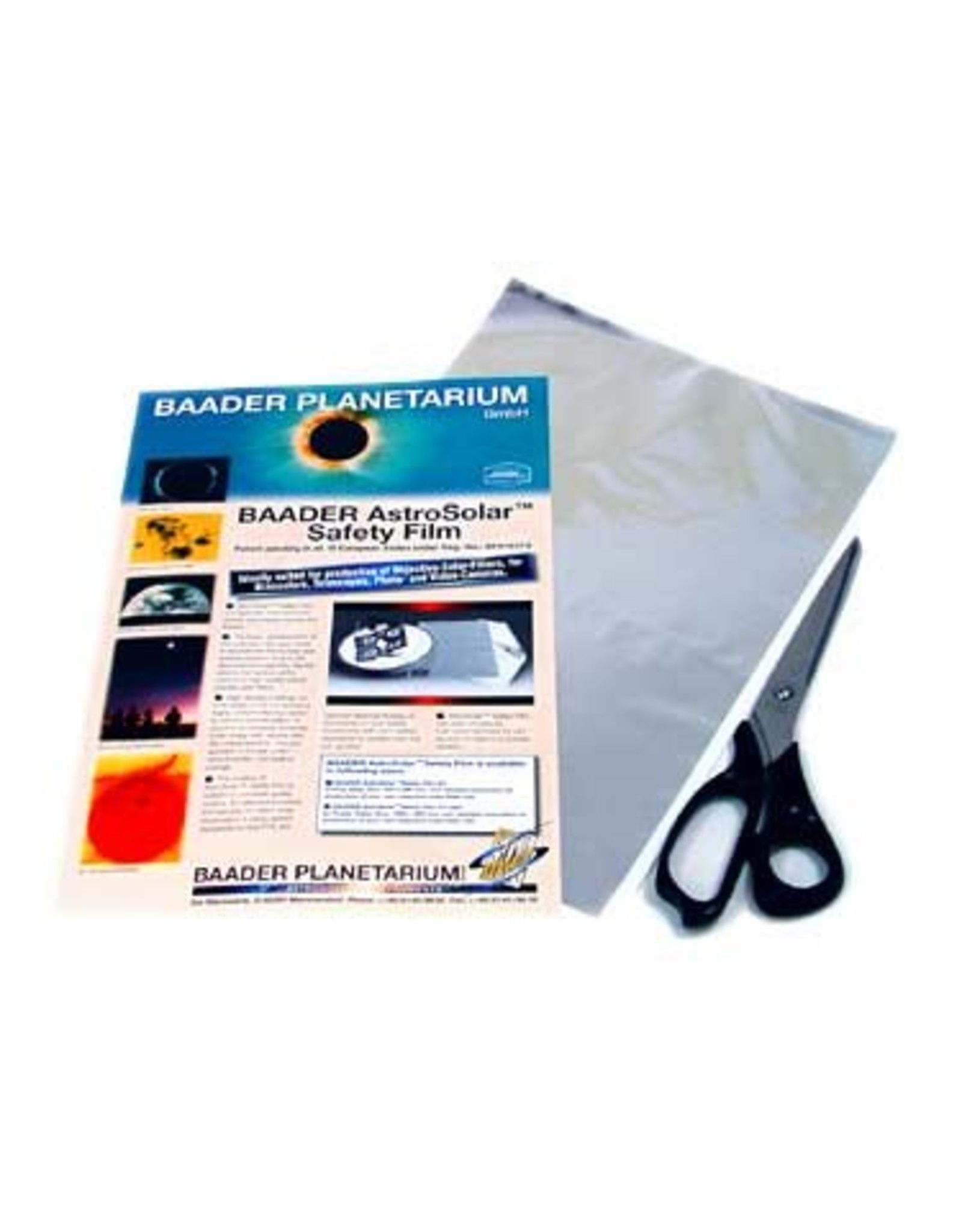 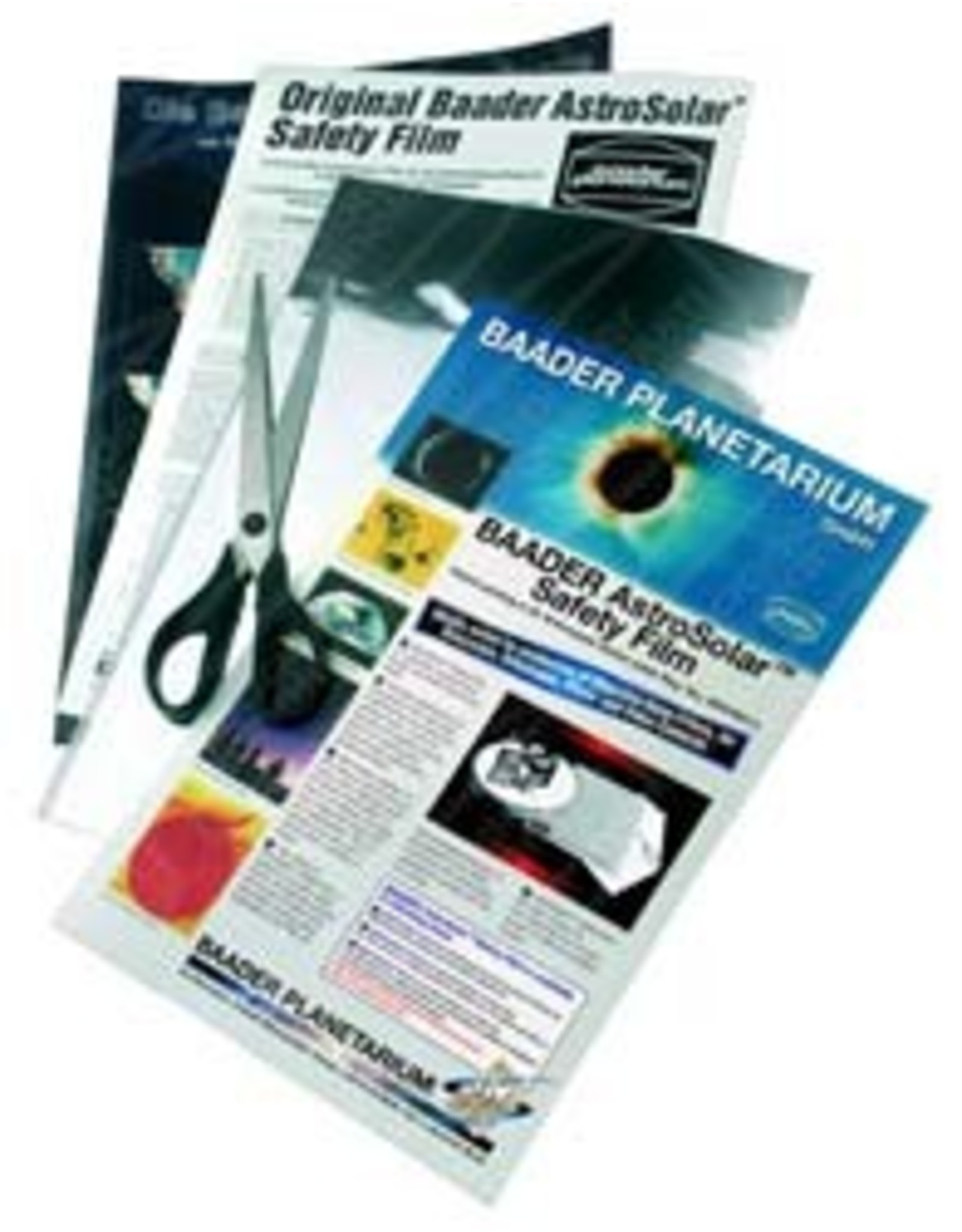 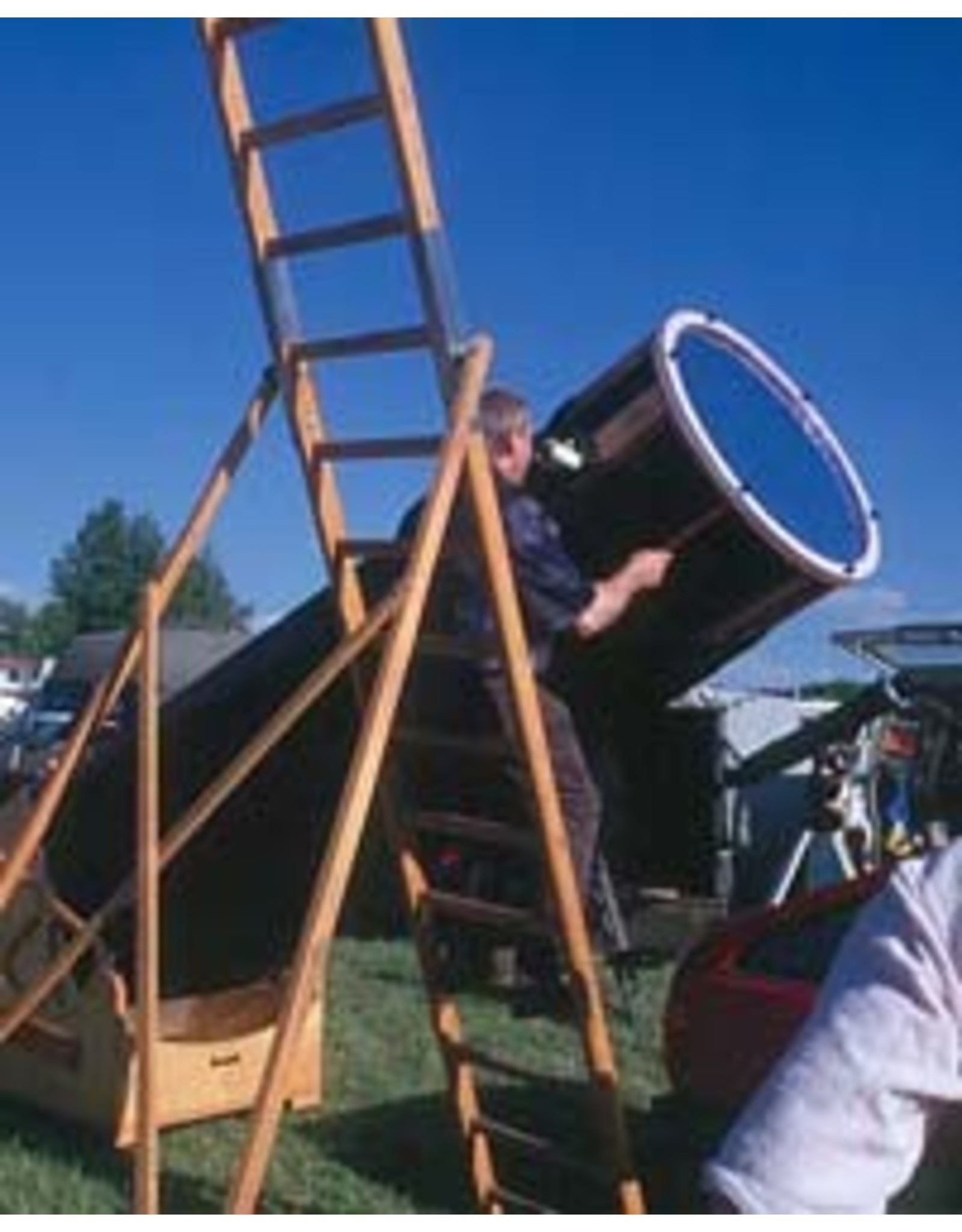 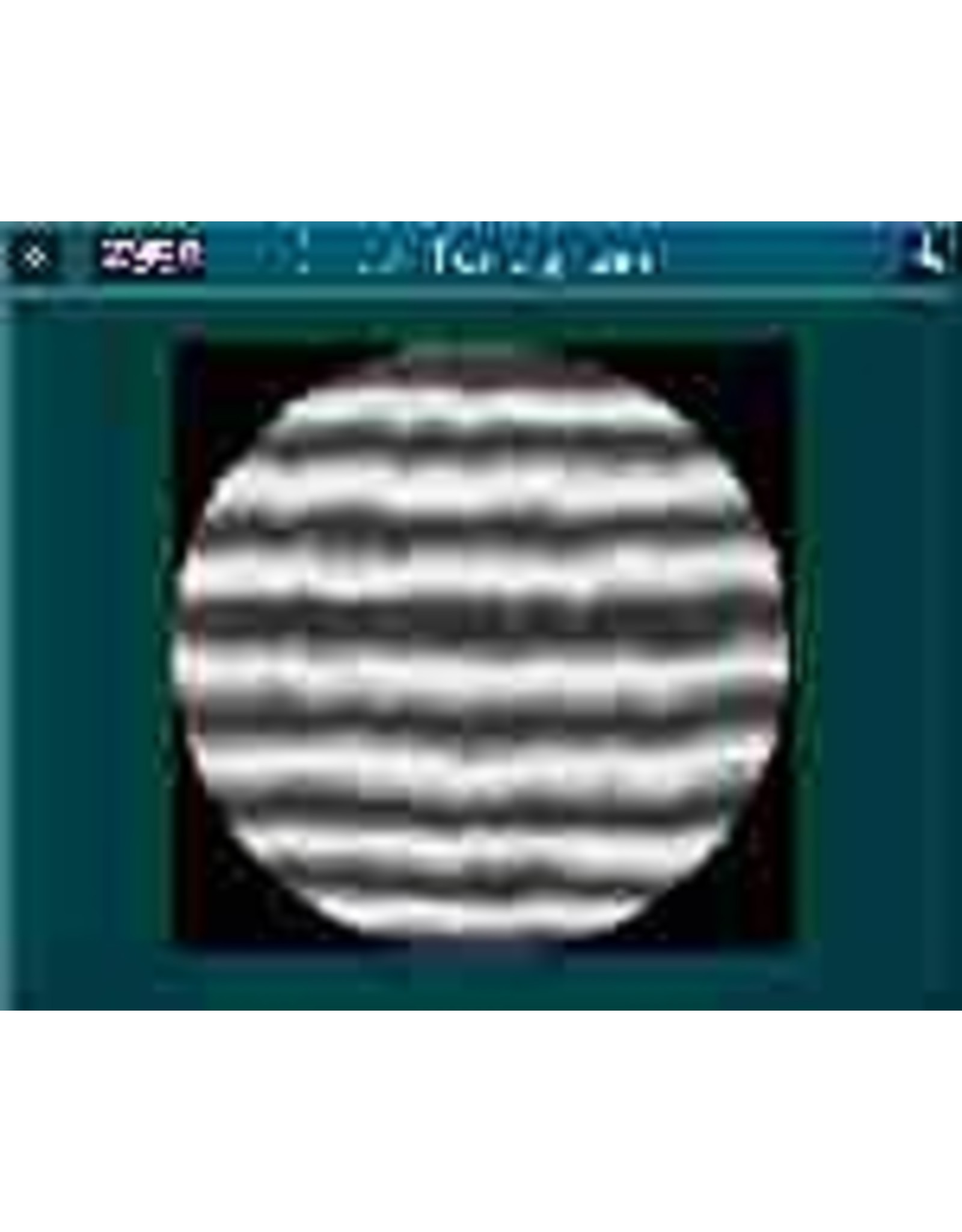 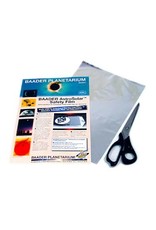 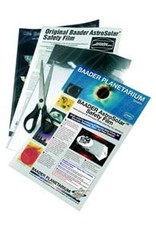 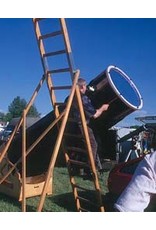 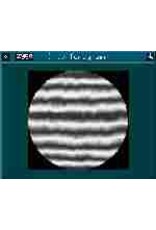 Baader AstroSolar™ Safety Film
(Patent pending in all European States - voted for "Astro-Product of the Decade" in the USA, and Sky and Telescope's Sept 2000 Review "A New Standard in Solar Filters") Baader Planetarium's  AstroSolar™ Safety Film delivers white light views of the Sun that are unmatched by any other objective solar filter or material.  The views through AstroSolar display fine solar details, including fine penumbral detail, solar granulation, and lighter colored faculae.  The disk is set against a dark background, free of the haze and scatter that is common in typical 'mylar' films or inexpensive glass filters.  The performance of AstroSolar is even more remarkable when considering its very low cost - only $36 for telescopes up to 8".  We even have sizes large enough for producing full-aperture filters for very large telescopes (see the huge 40" filter as shown above!).   When combined with Baader's tips for a simple do-it-yourself filter mount, anyone can construct a complete low cost - High Quality - white light solar filter for any telescope.

It is possible to further improve the stability and sharpness of the solar image through the use of the Baader Solar Continuum Filter.  Views of granulation and faculae are particularly enhanced through the use of this filter, in combination with AstroSolar.  Users of achromatic refractors will be particularly pleased with the performance using this additional filter.

Optical quality:
For a full interferometric report on the optical quality of AstroSolar, please click on this link:

This highest precision film consistently produces strehl ratios of 94 to 96 percent in interferometric tests - thus it performs optically as well as a high quality Fluorite Triplet Lens by Carl Zeiss (per interferometric test results). Baader even had a hard time themselves seeing any difference in performance between AstroSolar™ and 1/20 wave precision optical windows which they stocked from Zeiss. Their stock of precision polished plates runs into tens of thousands of $ - all stocked for the 1999 eclipse - but AstroSolar™ was so good in fact, that these plates were hard to sell. Baader AstroSolar Safety Film shows notably more sharpness and contrast than any competitive objective filter we know of, especially including the affordable Glass Objective Filters and other commonly available Mylar filters.  We have found that only our own superb Baader Herschel Safety Wedge is able to noticeably exceed the performance of AstroSolar.

What is even more important - with AstroSolar™ the Sun appears in it' s real color - neutral white (with only a slight bluish tinge). Other films and glass filters produce a blurry bluish or reddish/orange/yellow Solar image, thereby cutting part of the spectrum. Especially with an orange sun, it is very hard to see faculae regions which are visible predominantly in the blue wing of the spectrum.

Due to it's neutral color balance, AstroSolar enables the use of various color (or interference) filters which allows the observer to concentrate on certain spectral passbands for investigations of different layers within the solar "atmosphere".

Eye safety:
AstroSolar™ is essentially free from pinholes, since - unlike even the most expensive glass filters - it is coated on both sides, so that the chance of two pinholes overlapping each other is extremely faint. Pinholes do appear, but to 1 out of 10000 only, in optical density 2.5! Baader AstroSolar™ safety film has been approved for eye safety by the National Bureau of Standards in Germany, the PTB. Unlike any other Solar Filter on the market, AstroSolar™ is CE-tested according to EG-Norm 89/686 and EN 169/92 ( notified body 0196). All processes connected to this product have been thoroughly tested. Coatings are inspected constantly for consistency to ensure your eye safety!

History and goal of AstroSolar ™:
Baader Planetarium delivered solar safety film for 19 million eclipse viewers that were used throughout Europe for the August 11 Eclipse. Not one user of their films suffered from eye damage. Baader has produced solar safety films for over 17 years and has reason to claim a high degree of competence for all aspects of solar observation. With Baader AstroSolar™ we are set out to show you the Sun' s hidden grandeur at a fraction of the cost for comparable equipment. Real professional solar work has typically been restricted to a few die hard amateurs who would put up the $1000,- or more for a real precision 1/20 wave glass filter. Now you can get an equally precise AstroSolar™ filter to fit an 8" aperture for $36 (or much less even, if a whole group of people share a larger roll of film). No longer will solar observation be a "ho hum" experience, where you look into your telescope through an "economy priced" glass or mylar filter and wonder what this kind of amateur activity is all about. Many of our customers have pushed out the glass or mylar from their older filters only to use their filter cell for AstroSolar™ - and experience a completely new, crisp, and incredibly esthetic sun. All of a sudden, the telescope has the same performance during the day that it has at night, and now they realize that the consistently 'poor seeing' at their site was really just a consistently poor solar filter..  We are always amazed how easily some amateurs accept mediocre sharpness during observation of our nearest star, while they can be extremely critical if their telescope does not perform perfect on other stars (or planets).

Production secrets / products:
The development of AstroSolar™ was only possible due to the incredible demand during the 1999 eclipse. Dozens of miles of film were destroyed during tests to produce the tooling and process techniques to produce an absolutely uniform molecular structure for the substrate. Not to speak of the related treatments, annealing and dual side coating that the film undergoes until it has attained the desired properties. As a result of this material breakthrough, Baader is able to offer two film products which do not at all distort the performance of your telescope;
1. AstroSolar™ for solar observation and photography,
2. TurboFilm™ , an optically clear precision film for night time protection of your valuable optical equipment; to shield it against dirt, scratches, coating defects, humidity inside open tubes and on mirror surfaces - and last not least, to stop air currents (tube-seeing).

Please Note:  Before mounting the AstroSolar, be sure to peel off the removable clear protective film that is present on one side of the film.