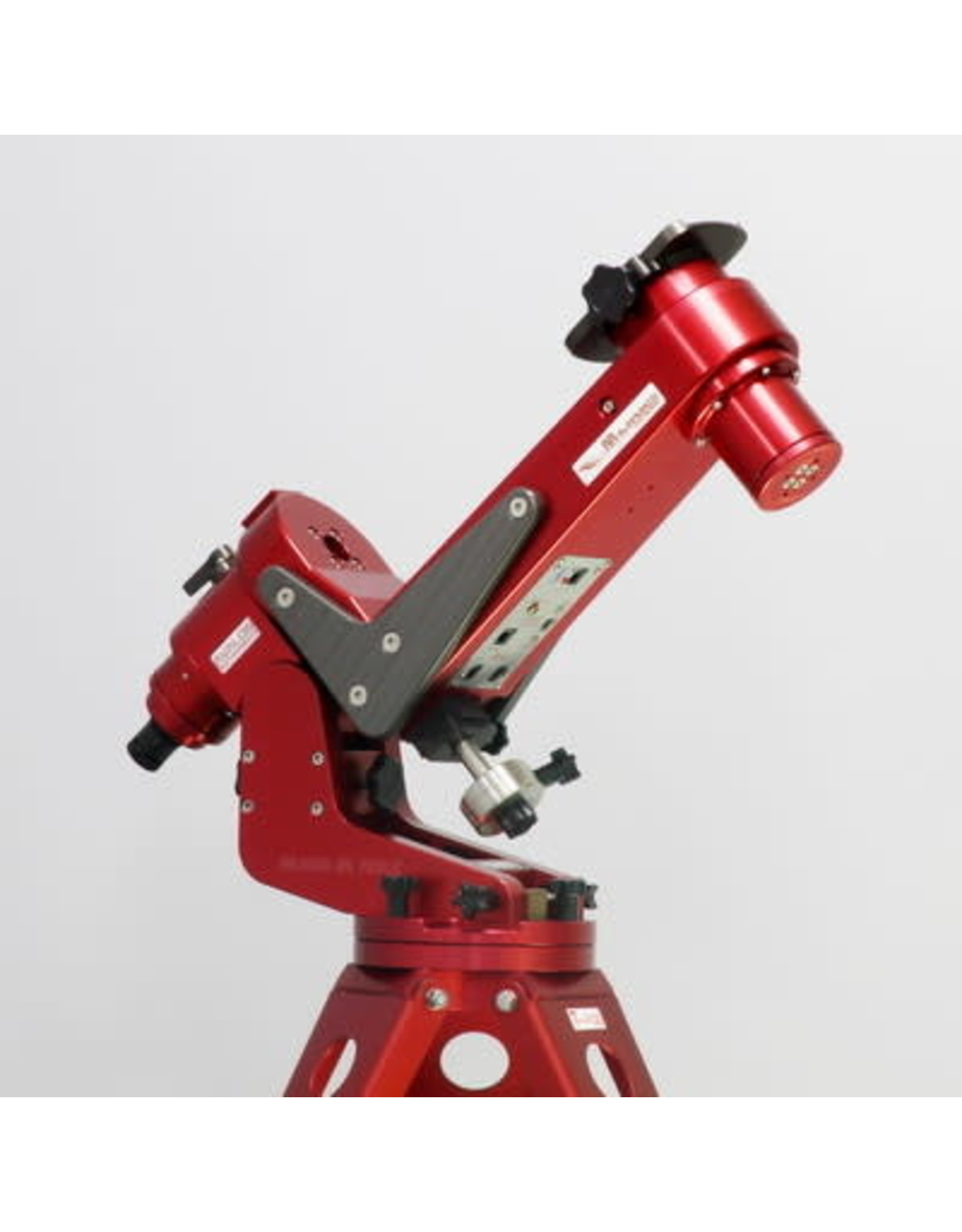 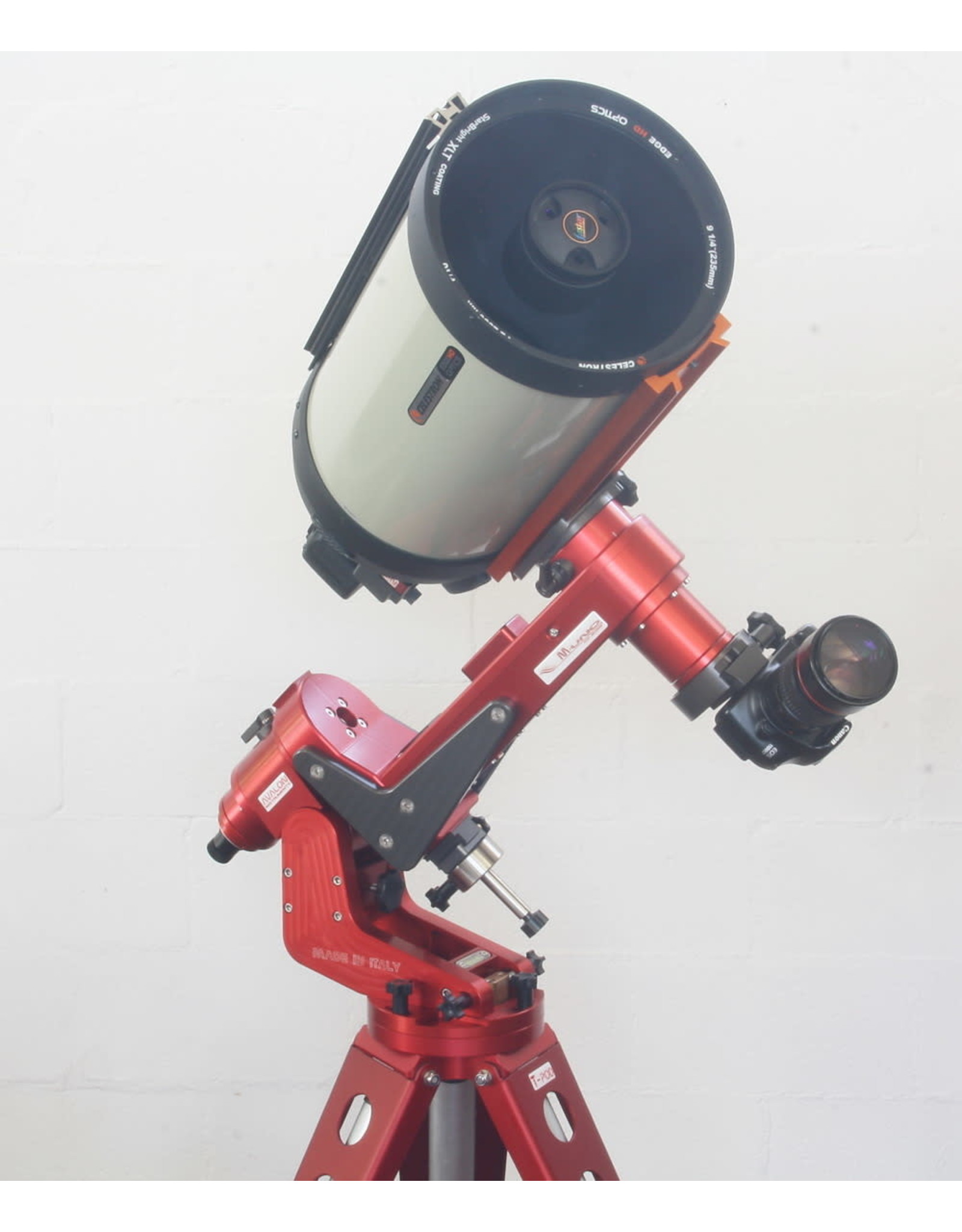 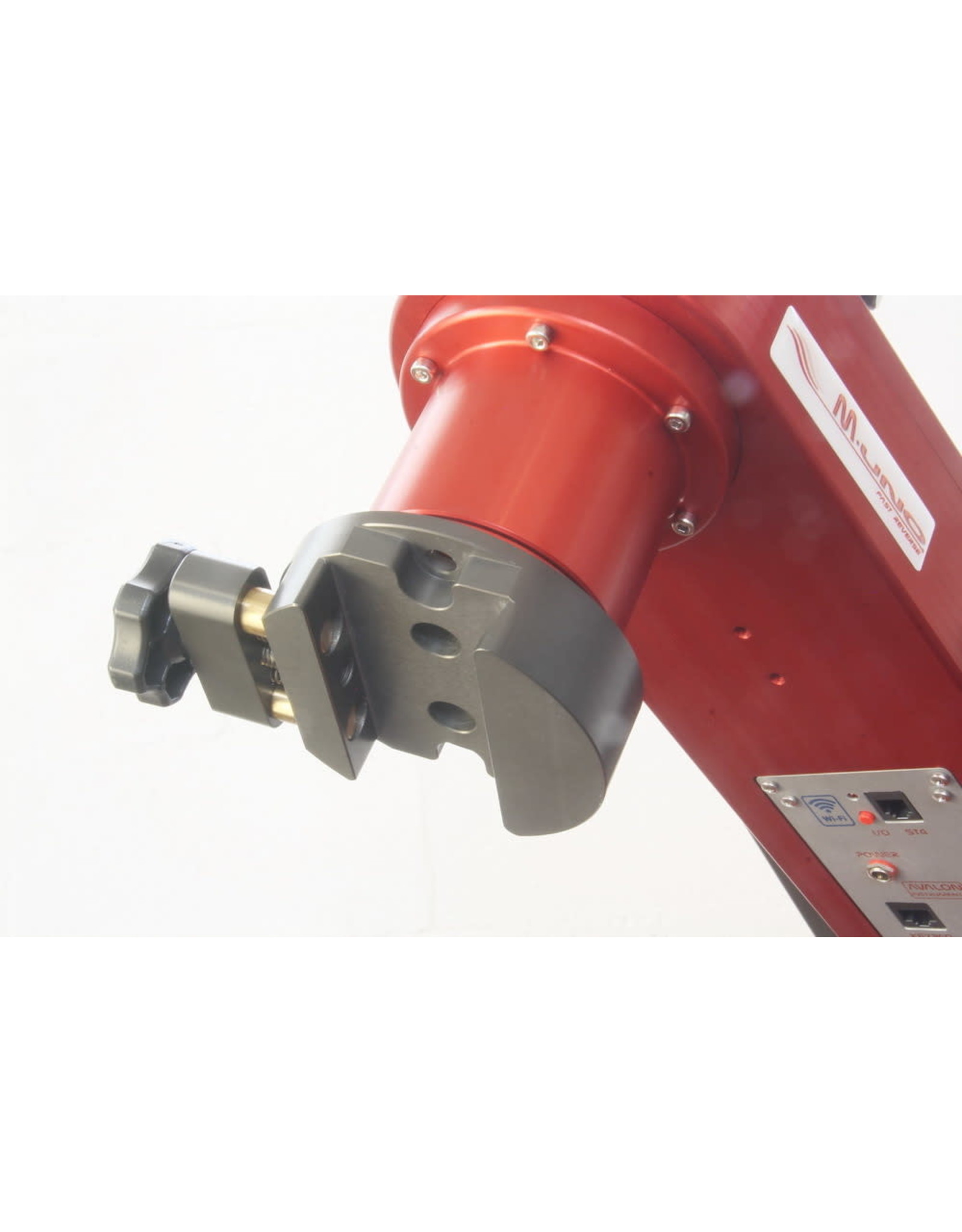 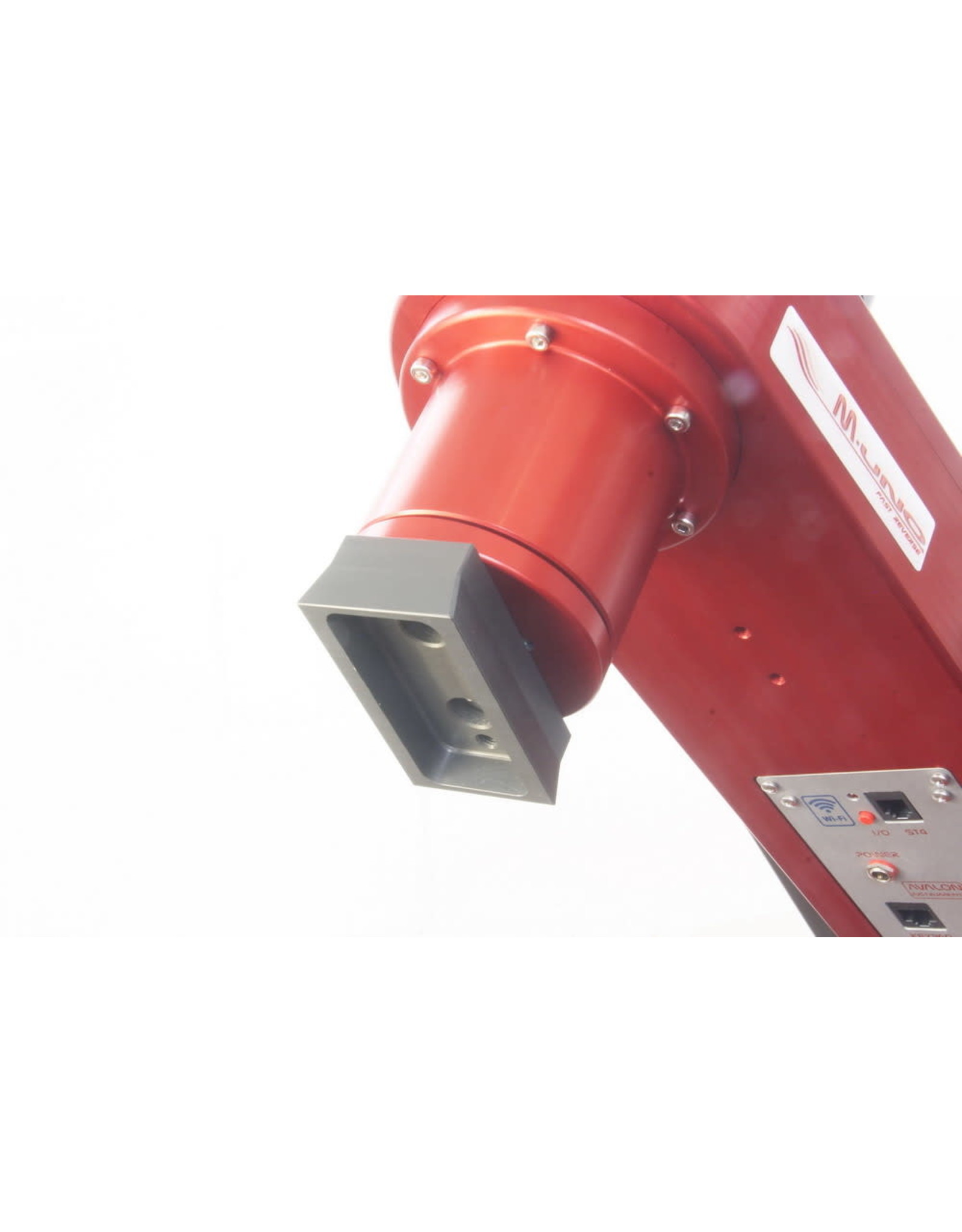 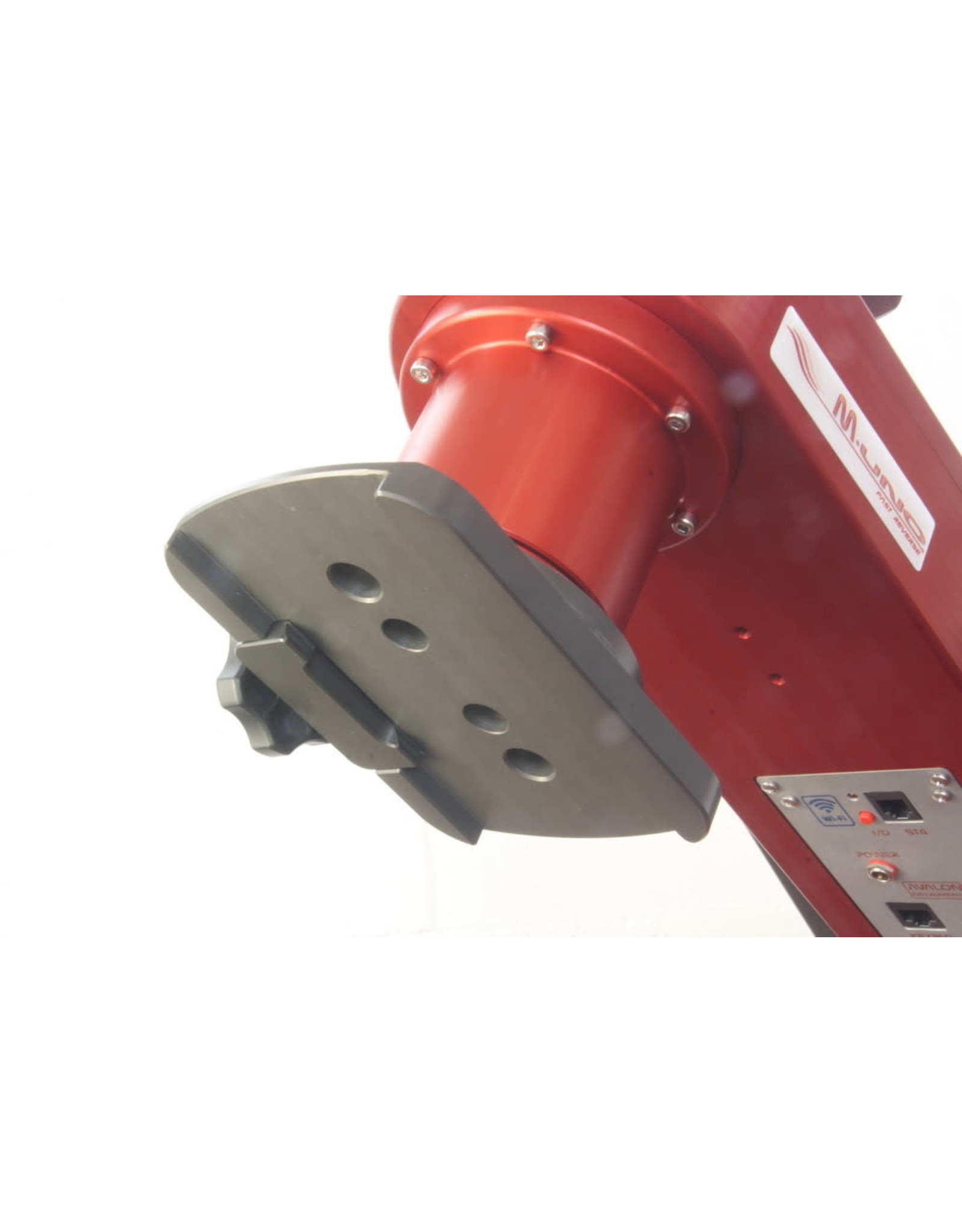 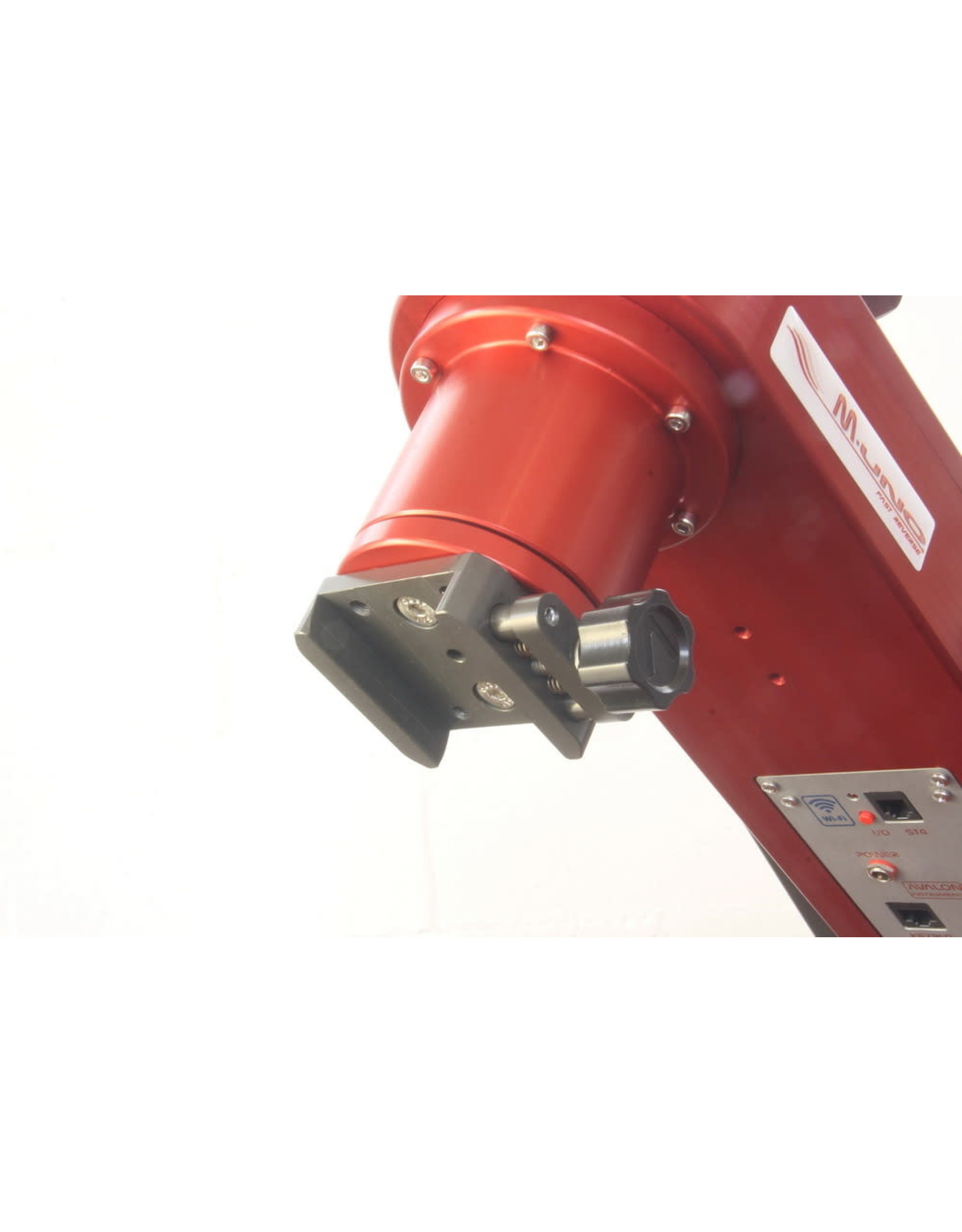 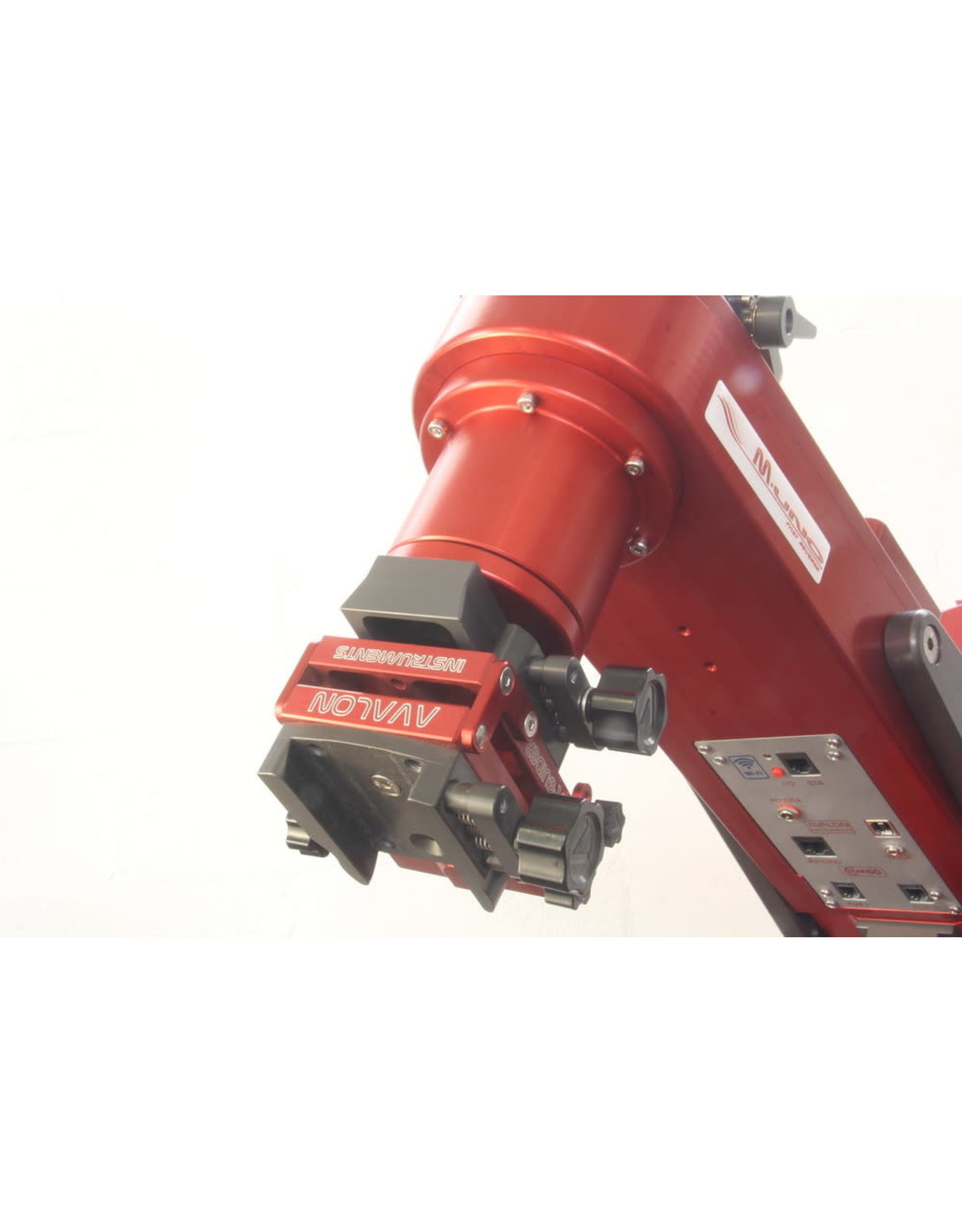 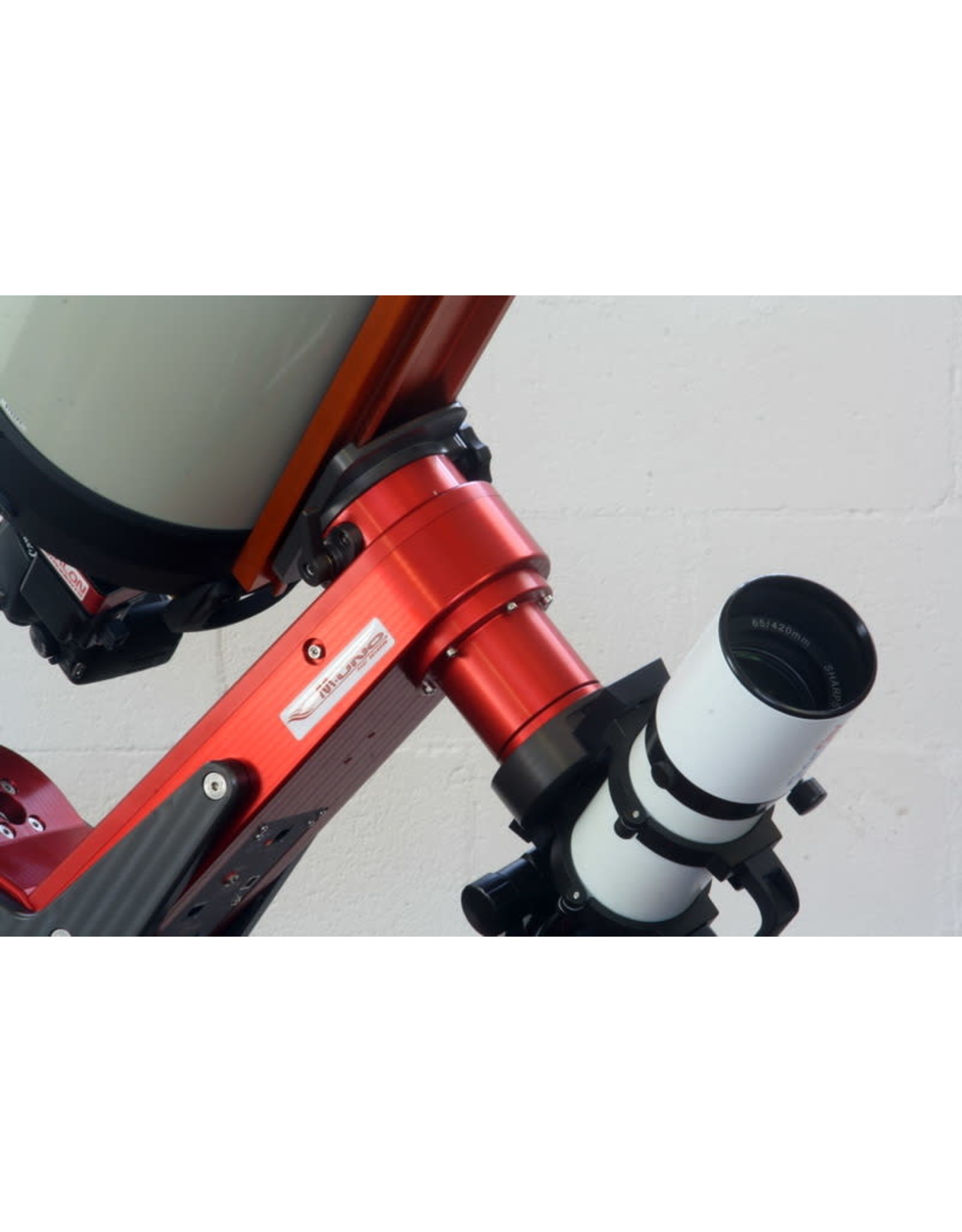 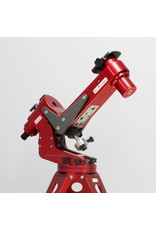 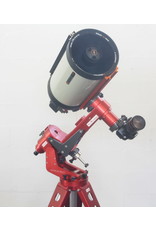 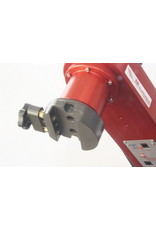 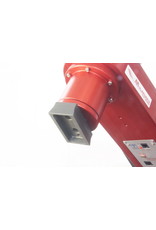 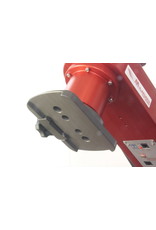 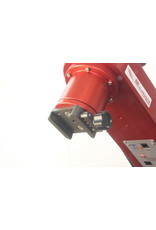 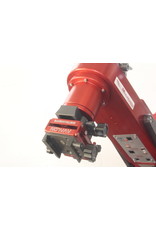 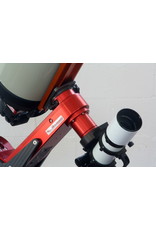 The M-UNO Fast Reverse is a portable single arm fork mount devoted to deep sky imaging in the capacity range up to 20 kg (44 lb).

The M-uno Fast Reverse is a portable single arm fork mount devoted to deepsky imaging in the capacity range up to 20 kg (44 lb).

The M-uno design was developed on the basis of the Linear Fast Reverse, making use of the same technical concepts:

As for the Linear, the motion transmission technology is based on pulley-tooth belt without play, while its peculiar geometry makes easy the imaging at the meridian crossing regardless the typical problem affecting the classic German Equatorial Mounts, for both the risk of touching the tripod and the need of waiting for the object cross the meridian.

With The M-Uno Mount, An Object Can Be Finally Tracked All Night Long!

Moreover, considering that at the meridian the sky is less subject to light pollution and to atmospheric turbulence, the M-uno is the ideal tool to shoot deepsky objects in their best conditions, close to the meridian, especially when the time is short and the sky is not so dark and clear.

The M-uno is mainly designed for astroimaging with high focal length catadioptric tubes (such as SC-Maksutov, RC, SC cameras, Cassegrain, DK, etc) up to 10″ aperture and 20 kg (44 lb) weight, according to the tube length. It is possible to use the M-uno with Newton optics (for example 8" f4) and even with short refractors (400-500 mm), with a piggyback or parallel guidescope.

However the larger overhang of the single arm system will allow a greater pointing angle compared to the classic German Equatorial Mounts.
Another M-uno basic advantage is that it doesn't need neither counterweights, nor the bar. Its declination axis can be quickly balanced like in an equatorial mount, while, for the RA axis, it is possible to fix the arm on three possible positions and to make the fine balance using a very small counterweight. The M-uno mount, as well as the Linear, is equipped with the super tested, simple to use and inexpensive Synscan control system. The M-uno total weight is only 14.9 kg (11 lb) and it is provided of a confortable handle for easy transportation. With these features, in terms of lightness and transportability, the M-uno ranks at the top of the mounts with capacity up to 20 kg (44 lb).

The total M-uno weight is less than the LINEAR weight, which exceeds 20 kg (44 lb) considering counterweights and bar.

This choice has allowed to obtain several advantages: a really steady motion without play (no backlash) and sudden peaks, factors of paramount relevance for long guided exposures and during high magnification visual observations. These features are of particular relevance especially for the declination axis motor that can now quickly reverse the motion without breaks to recover the plays: from here the mount name FAST REVERSE. The toothed belts used in the M-uno have the structure made of special material with steel strands to avoid any deformation, elongation and stress, much better than those used in the automotive engine distribution system (which are generally made of rubber with nylon strands). Considering that the service time for the automotive toothed belts is around 100.000 km (60.000 miles), assuming a medium regime of 2.000 rpm and thermal stress from 0 to 90°C (30 to 195 F) in a few minutes, we can think that the life cycle of the M-uno toothed belts will be extremely long !
It is important to underline that in the gear-worm systems the motion transmission has only one tangent point of contact, any errors on each of the two components will, sooner or later, result into a tracking errors.
On the contrary, in the pulley-toothed belt system, no direct contact occurs between the pulley and the motion is transmitted by the belt engaging from 50% to 90% of the girth surface. Consequently any error, eventually present, is averaged among the cogs, moreover soft, greatly reducing the tracking error.
These features allow the M-uno to perform guided exposures up to 20-30 minutes with punctiform stars even with optics of 2-3 meters of focal lenght (see our suggested PHD2 guide parameters table).

No wear, no frictions!

No wearing effects since no relevant frictions occur. In fact, all the pulleys and the axis rotate on roller bearings, 13 for the RA axis and 13 for the DEC axis that allow to reduce the total friction almost to zero.
Another significant advantage of very low frictions is that the risks of motor slipping during GOTO operation is virtually null.
On the contrary, it is well known the difficulty to regulate the coupling between gear and worm in the conventional mounts. If the coupling is tight the motors can stuck with consequent loss of the position, if the coupling is too loose the plays increase.
On the other hands, the absence of significant play in the M-uno makes the initial calibration of guiding CCD quick and easy.

No lubrification, no maintenance!

Since there are no gears, there is no need of periodical lubrication of the internal components and therefore the maintenance is extremely reduced and limited to the esternal cleaning.

Now the new M-Uno Dual comes with a fully rotating declination axis, which allows the use of a second clamp (optional) to hold a second smaller OTA